Primary growth extends the root/shoot axis and produces branch roots and shoots. Recall that the width of a root or shoot produced by primary growth is limited because most cells do not  expand much in the radial direction. And for most plants cell division in the apical meristem is almost exclusively in a direction that causes more cells in the long axis, with very few divisions that would increase the number of cells across the diameter of the root or shoot.  Primary growth allows the plant to get longer and ‘bushier’ (because of the added branches) but in general it does not allow the roots and shoots to get very wide. This lack of radial growth limits the height of the plant—without thicker stems to resist the combined efforts of wind and gravity, it is hard for a plant to become tall.  At the same time, competition for light gives a clear advantage to taller plants.  Another problem with only having primary growth is that the source of water (the youngest parts of roots) keeps getting further from the place that needs water, the shoot tips where the leaves are and where new growth occurs.  While branch roots, or adventitious roots may be created to shorten the route, the fact still remains that primary growth separates water sources from parts that need water.  Additionally, both the conducting cells of the xylem and those of the phloem can fail for a variety of reasons.  Because repair of existing cells is often not possible and because primary growth does not allow for the production of replacement conducting cells, the ability to make stems wider, and in particular make them wider with the addition of transport cells and structural support cells, provides some clear advantages, including but not limited to longevity.

Radial growth is possible in plants that produce what are known as lateral meristems.  These meristems are capable of increasing the girth of roots and shoots beyond what is produced by primary growth.  Lateral meristems are cylinders of embryonic cells running the entire length of the root/shoot axis.  Cell division in these embryonic regions, followed by expansion of the new  cells, allows stems and roots to increase in girth in a type of growth defined as secondary growth.  Because any radial expansion will rupture the tissues outside of where the growth occurs, the dermal tissue produced in primary growth is going to be split open and a new ‘skin’ needs to be produced.  Consequently, radial growth in roots and stems requires two lateral meristems, one, the vascular cambium, responsible for most of the increase in girth, and one, the cork cambium, responsible for making a new skin.  In contrast to the new cells produced by the apical meristems, the cell divisions of the lateral meristems are generally parallel to the surface of the root or shoot and the new cells expand in a radial (inside/outside) direction, thereby increasing the diameter of the stem or root but not changing its length.

The vast majority of the cells produced by the vascular cambium are elongate along the long axis of the stem (in the phloem: fibers, sieve tube elements, and sieve cells; in the xylem: fibers, tracheids, vessel tube members). This elongate shape is not the result of the growth of these cells; any elongation of these cells in the up/down direction is impossible: a woody stem cannot elongate in the middle, only from the tip. The elongate shape of these cells is the result of shape of the cell that divided to produced them. The vascular cambium consists primarily of cells, called fusiform initials, that are elongate and which, after dividing, produce daughter cells that are also elongate. These cells only expand in a radial direction, i.e., they get fatter, not longer, producing a stem that is wider, not taller.

There are, however, a few cells of the vascular cambium, called ray initials, that are not elongate but are roughly cubical and they produce parenchyma cells that are not elongate in up/down direction but are slightly elongate in a radial direction.  The rectangular parenchyma cells produced by ray initials are found in clusters (i.e., a ray initial is likely to have a ray initial above and/or below it in the vascular cambium), and they form structures called rays that run radially from the inside to the outside of the stem. Rays range from one cell in thickness and less than 10 cells in height (i.e., along the longitudinal axis of the root/stem) and invisible with the naked eye, to rays that are hundreds of cells in height and tens of cells in thickness and easily visible with the unaided eye. Rays are produced in both the secondary xylem and secondary phloem and are particularly significant for carbohydrate storage. Carbohydrates transported by the phloem are stored in rays and then can be mobilized when needed. In secondary xylem rays are also significant as being the only living cells present because the other secondary xylem cells (fibers, trachieds and vessel tube elements) all die very shortly after being produced. While the ray cells do not live forever they do live for multiple years, and in addition to carbohydrate storage can respond to pathogens. When they do die, they produce anti-bacterial/anti-fungal compounds that permeate the surrounding tissues, usually darkening it and producing what is  described as heartwood in the central part of a woody stem. The cylinder of secondary xylem still with living parenchyma cells is termed sapwood and it generally is lighter in color. 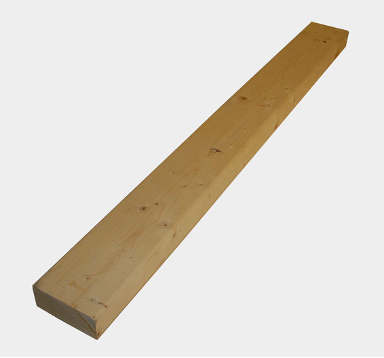 In almost all plants, the xylem cells that are produced by the vascular cambium, termed secondary xylem, have a substantial secondary cell wall containing lignin and are strongly attached to adjacent cells. Thus, this secondary growth is a tissue that is structurally strong and rigid and we know it as wood, a material that is of much utility because of its mechanical characteristics and also its beauty.

Annual rings  In many regions of the globe the action of the vascular cambium is seasonal, e.g., only occurring in the spring and early summer.   Within the period of cambial activity, often the nature of the xylem cells produced varies in a characteristic way.  For instance, it is quite common that the cells produced late in the growth season have smaller lumens and proportionately thicker cell walls than cells produced in the early spring. Another common pattern results from vessel tube elements only being produced in the early spring, so that each spring’s growth is easily identified by the presence of large vessel tube elements.  Because of such changes, there is generally a substantial contrast between the last cells formed at the end of the growing season and the first cells formed the following spring.  This results in a pattern known as ‘annual rings’ when wood is viewed in cross section.  In a radial longitudinal section the growth ‘rings’ are present as parallel lines.

As the new cells produced from the vascular cambium expand, the strength of the secondary xylem is enough to prevent the older xylem to the inside from being crushed.  Instead, the expansion of new xylem cells pushes outward and crushes most of the cells to the outside of the vascular cambium.  Newly produced secondary phloem cells, as long as they are alive, can resist being crushed, as can highly lignified fiber cells which often are present, but most other cells are crushed by the outward expansion caused by growth of the cells produced by the vascular cambium.  Additionally, this outward growth, ruptures the epidermis, the original ‘skin’ of the stem that was produced by the apical meristem.  Plants with secondary growth produce a lateral meristem called the cork cambium that produces cells that form a new skin that is called the periderm.

In general, the cells produced to the outside by the cork cambium are closely packed and have no cracks or air spaces, as was the case for the original epidermis.  But the cork cambium regularly produces areas called lenticels where there are cracks and fissures.  It is thought that lenticels are significant in allowing oxygen penetration into the stem.  At the same time, lenticels provide a space to allow water to escape and pathogens to enter.  This again highlights the fact that while some aspects of life are favored by isolation from the outside environment, other aspects of life require connection with the outside environment.

In woody stems the material to the inside of the vascular cambium (all of it secondary xylem, ignoring the tiny bit of primary xylem and pith that may remain in the center of the stem) is called wood.  All the material outside of the vascular cambium–secondary phloem, the cork cambium and the products of the activity of one-to-many cork cambia, plus tiny bits of primary phloem, cortex and epidermis, are collectively called bark.  The look of bark varies tremendously due to differences in behavior of the cork cambium.

Secondary growth and along with it, woody, tree-like plants has apparently originated multiple times: once in a group containing present day clubmosses, once in a group containing present day horsetails; at least once and probably several times in extinct groups of plants (‘seed ferns’) that are not grouped with any of the existing plants with seeds, and once in the group that produced all extant seed plants (flowering plants, conifers, cycads, ginkgo and gnetophytes).  Although secondary growth appeared several times, it has also disappeared multiple times: no extant clubmosses or horsetails show secondary growth and many seed plants, in particular many flowering plants, show no secondary growth. The extinct woody forms were highly significant in the past, in particular in the late Paleozoic (350-250 million years ago) when they formed extensive forests whose productivity is utilized still through coal and gas deposits.