Pine trees should be familiar to just about everyone although some might confuse them with other evergreen trees. Most pines are distinct from other evergreens by the fact that their needles are longer, often 10 cm long or more, and they almost always occur in clusters (bundles), typically in groups of two, three or five with the number of needles per group being a useful identification aid.

Pines belong to a distinct phylogenetic entity, the conifers, a group that is usually placed at the phylum level (Pinophyta). They have vascular tissue and produce seeds but do not produce flowers. Sometimes conifers and the other seed plants without flowers (e.g. cycads and ginkgo) are grouped as gymnosperms but most workers do NOT consider this to be a sound phylogenetic entity, i.e. they are not a group unified by their evolutionary history. Conifers are by far the most commonly encountered gymnosperm and pines (the genus Pinus) are probably the most frequently encountered conifer. They are the largest genus within the phylum, containing over 100 of the approximately 600 species in the group. 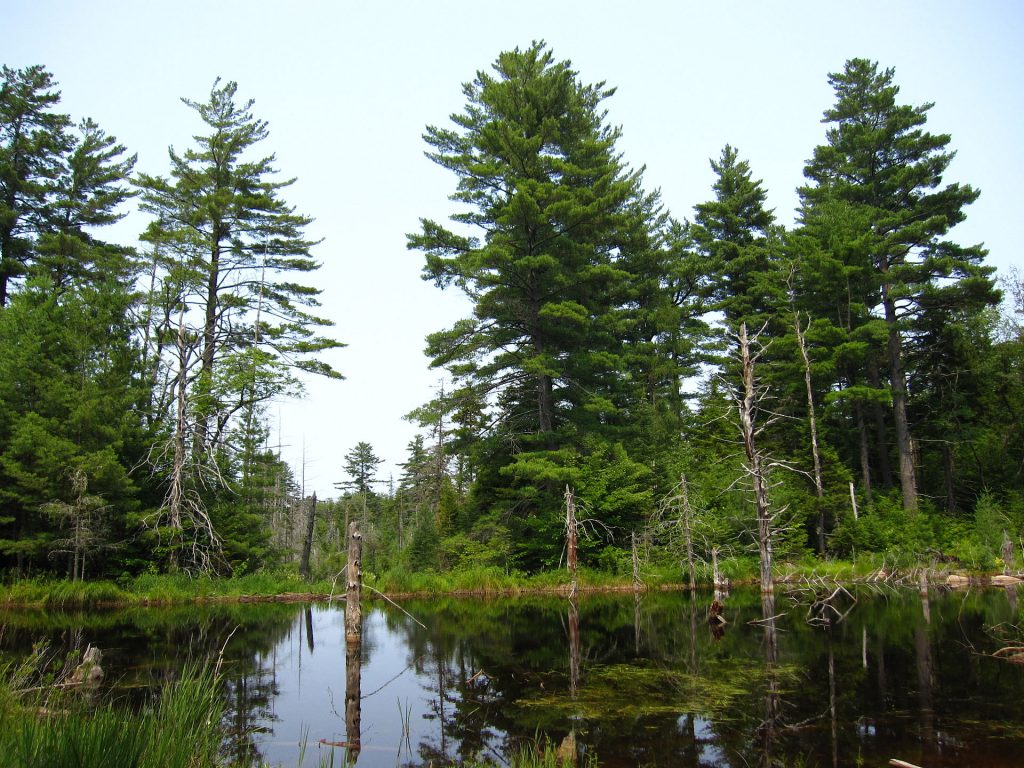 Almost all pines are typical woody trees (a few might be considered large shrubs) with a branched, dendritic form that through time and with secondary growth produces the typical form that we recognize as trees. While some pines and most other conifers (spruces, firs and douglas fir) produce a ‘Christmas tree’ form, with triangular crowns that are usually quite steep, pines often have a broader base and less steep sides.

Pines reproduce by seed, a multigenerational unit, which in the case of conifers contains both an embryo and the female gametophyte that produced the egg that was fertilized to form the zygote that grew into the embryo. Both these entities are packaged in a seed coat constructed of cells derived from the tree that produced the cone. Significant to the story is that pines, like ferns and mosses and also like wheat and aspen, do produce spores, i.e. seeds do NOT replace spores. Most species of pines have seeds that are winged and dispersed by the wind, but a few species have adapted to dispersal by birds (see below). 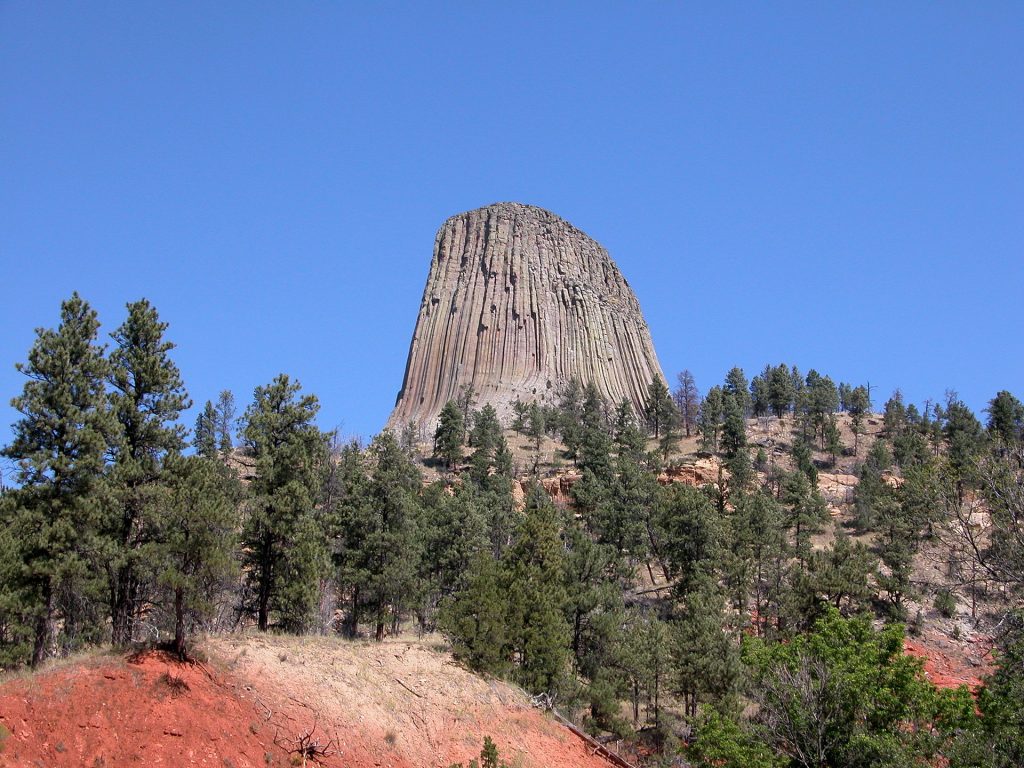 Pines are typical photosynthetic autotrophs, acquiring carbon dioxide from the air and converting it into carbohydrates to be converted back to carbon dioxide in cellular respiration (yielding ATP) or to be used to synthesize biomolecules. The shape of of conifer leaves (cylindrical), coupled with a thick cuticle reduces water loss but also slows carbon dioxide acquisition when compared to a broad-leafed plant with a much greater surface area to volume ratio and thinner cuticles. In spite of the fact that individual leaves of pines and most other conifers have a much smaller surface area than broad-leaved plants, the total leaf area per branch may exceed that of broad-leaved plants because there often are lots of needles. Two other features are significant to the matter and energy relations of pines (and other evergreen conifers): (1) their evergreen life-style allows for year-round photosynthesis if conditions are appropriate, (2) leaves with longer lifespans are potentially beneficial to nutrient status because absorbed nutrients have a longer residence time in the plant.

Pines are primarily distributed in the northern hemisphere, and primarily occur at latitudes north of the tropics. They are particularly abundant in mountain habitats, as are other conifers. Many are tolerant of extreme cold and can live at upper elevations (e.g. lodgepole pine in the western US, Swiss pine in the Alps). As a group they are also tolerant of dry conditions, in particular seasonally dry conditions.  Pines are often associated with sandy soils, which hold less water than other soils.

Many pines are ‘fire-adapted’ and are associated with habitats that burn frequently, e.g. long-leaf pine, found in the southeastern US; ponderosa pine, found in the western US.; pitch pine, found in the eastern US (e.g. in the Albany Pine Bush and the Pine Barrens of New Jersey). All these pines have features that actually promote fire, in particular their needles are flammable and they also have behaviors and anatomy that allow them to tolerate fire. These species are likely to be eliminated from sites if fires are suppressed.

A number of pines have interesting relationships with birds, such as the Clark’s Nutcracker, that feed on their seeds. The seeds of these pines are particularly large and are NOT winged. The birds have morphological features that allow them to easily extract the seeds from the cones and they also exhibit a ‘caching’ behavior: much like some squirrels, they bury their food for consumption later in the year. The birds make caches that are some distance from where they forage. This, coupled with the fact that they generally bury more seeds than they end up eating, means that the birds both disperse the seeds and also plant them.

Pines are an important timber species and chemicals from their ‘sap’ are useful in a variety of ways: as waterproofing, as organic solvents (turpentine), to improve grip for baseball hitters (pine tar on the bat), for baseball pitchers (resin bags), and for violin bows (rosin–to improve their ‘grip’ on the strings), pine tar is sometimes used medicinally. The seeds of a number of pines are eaten (pignoli).