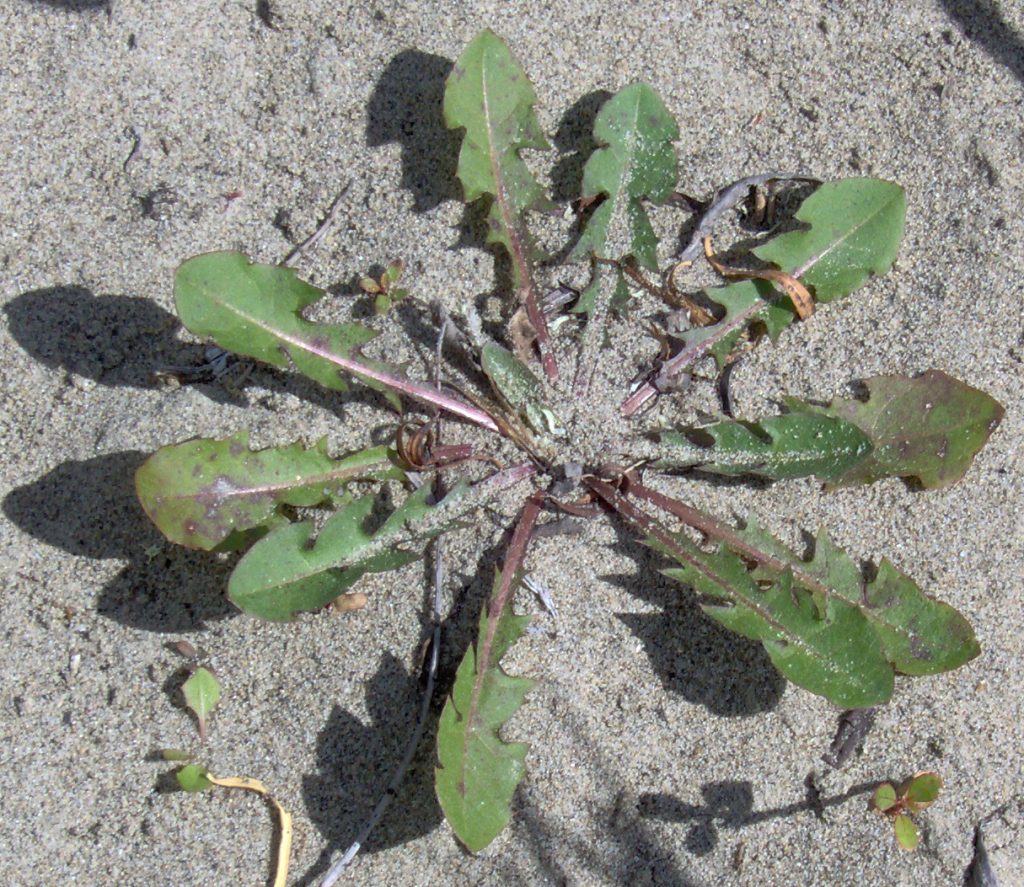 Dandelion (Taraxacum officinale) is an  extremely common plant through temperate North America and Europe. Its common name, dandelion, comes from the French ‘dent de lion’ (tooth of a lion) referring to the shape of the leaves. It is widely recognized as a weed, a word that generally means that it is an undesirable plant (more details in Chapter 29), undesirable because it grows in places where people are trying to grow something else (e.g. in lawns or in crop fields), and, at least to some people, undesirable because of its looks — perhaps not so much the bright yellow flowers, but more likely because of the fruit heads and the rosettes of leaves in an otherwise uniform carpet of grass. In an ecological sense dandelions are weeds because of their ability to disperse and their association with ‘disturbed’ habitats. In order to persist in a habitat that continually gets disturbed, a plant needs to be ‘tough’: able to survive, grow and reproduce even when disturbances that might kill other plants occur. Weeds typically disperse readily, grow quickly and are able to reproduce in spite of a variety of adversities. At the same time, most ecological weeds are poor competitors and, if disturbances do not occur, weeds will be replaced by species that are better competitors. Consider the distribution of dandelions in the Adirondack Park: they are rarely found in ‘undisturbed’ situations but are found where human activity ‘disturbs’ the area — next to campsites and along the margins of trails, places where competitors of dandelions aren’t able to become established because of the trampling by people. In a comparable situation, dandelion can thrive in agricultural fields because it can tolerate the (often) annual tilling the soil because of the ability of roots to regenerate whole plants. 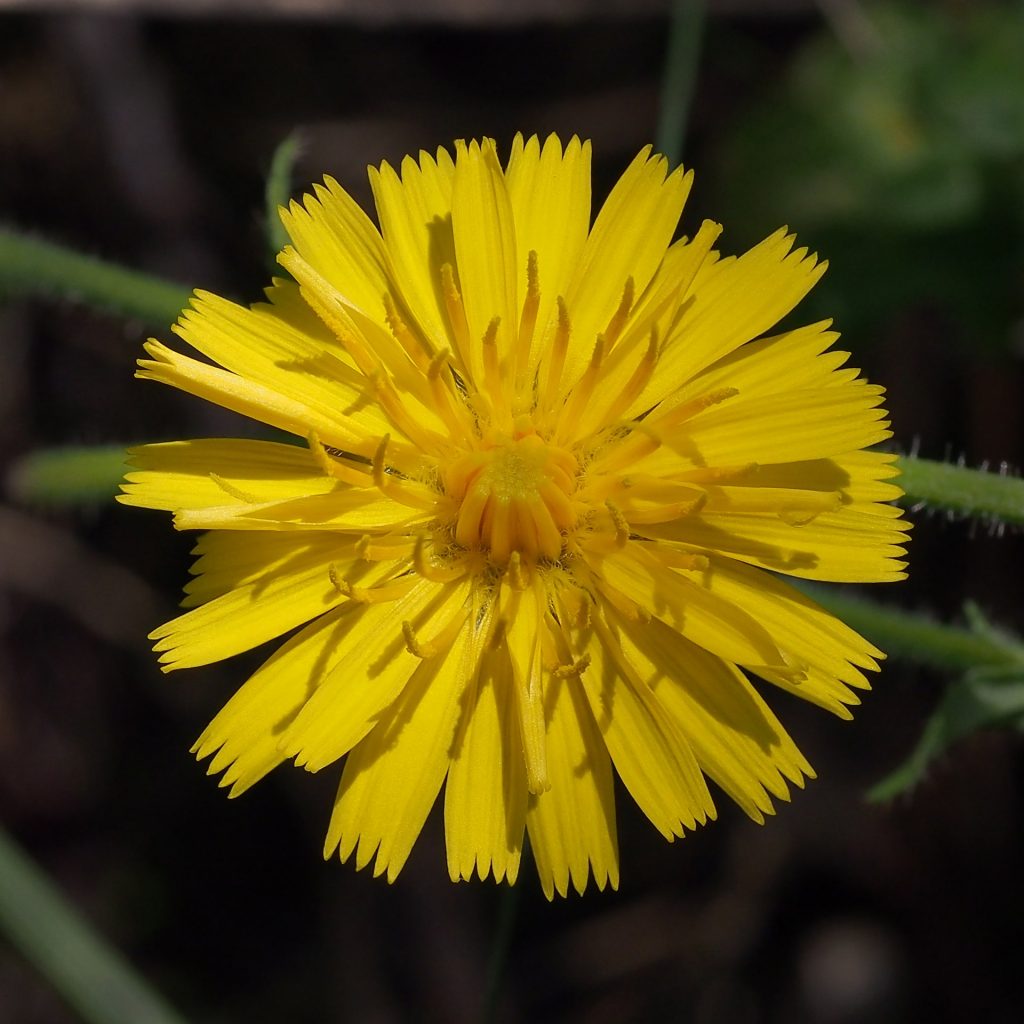 Dandelion is an angiosperm, the group whose members produce flowers and seeds (Kingdom Planta, Phylum Magnoliophyta or Anthophyta). Dandelions are in one of the largest families within the angiosperms, the aster / sunflower family (Asteraceae), a group that is usually easy to recognize because the flowers occur in dense clusters (inflorescences) that themselves look like a single flower.  The genus Taraxacum is a large and complex group, owing to the complications of apomixis and polyploidy (see discussion below).

Dandelion has a typical plant structure: a root-shoot axis with leaves produced on the shoot. It is an herbaceous perennial plant that forms rosettes, very short stems with leaves occurring in a circular pattern. As is true in all flowering plants, in the axils of each leaf is an axillary bud. In many plants these axillary buds develop into branches but in dandelion these branch shoots only develop into inflorescences, which, after developing fruits will fall off the plant. Dandelion produces an enlarged storage root (little material can be stored in the very short stem). This root is very capable of producing adventitious shoots; consequently, if one attempts to pull the plant up but fails to obtain all of the root, parenchyma cells in the remaining root develop into shoot apical meristems.  These grow to the soil surface and again produce a rosette of leaves. One sometimes sees clusters of dandelion rosettes, resulting from a broken root that has produced multiple new shoots. 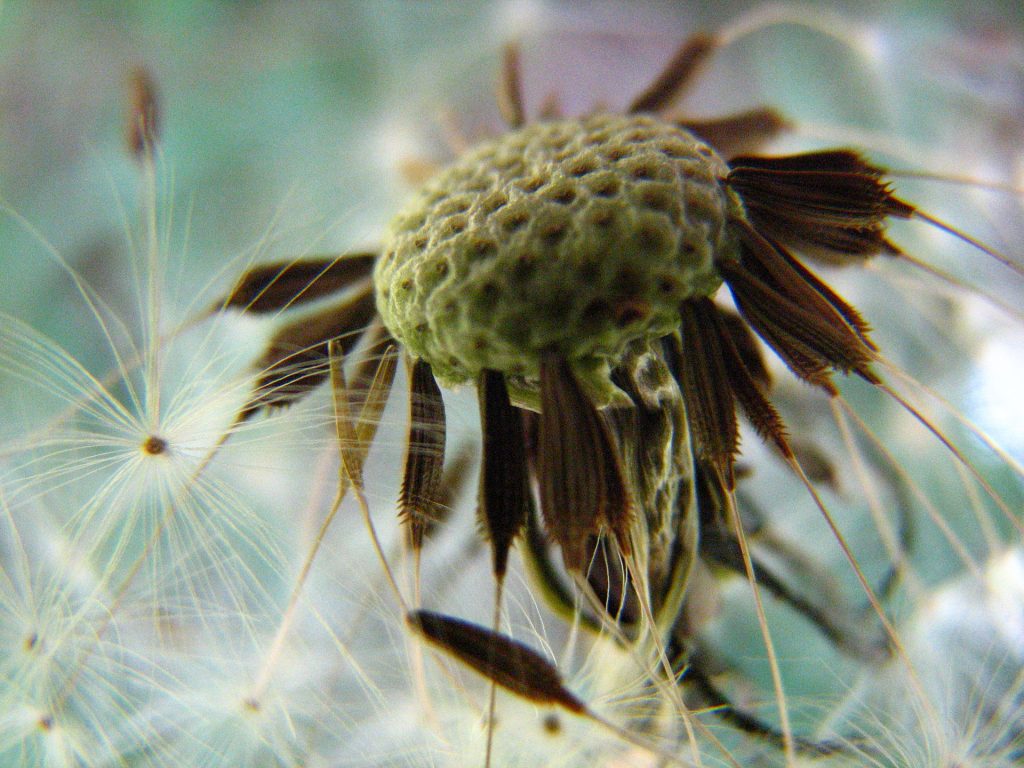 Dandelions (Taraxacum officinale) reproduce by producing seeds, but the seeds are produced by apomixis, i.e. without the sexual process. Dandelion does produce flowers and these appear normal and develop ovules. However normal meiosis does not occur (because the cells are triploid) in these ovules and no haploid cells are produced; consequently haploid female gametophytes (= embryo sacs) are not produced and no egg is produced.  Hence, there is no possibility of syngamy. However, seeds do develop — the embryo found in the seed is not derived from a fertilized egg.  Because there is no sex in Taraxacum officinale it is not a ‘real’ species, i.e. an ‘interbreeding group ’— there are multiple clones that collectively are considered a species.  There also are closely related species  that are sexual and the multiple entities within the Taraxacum genus are difficult to delineate. 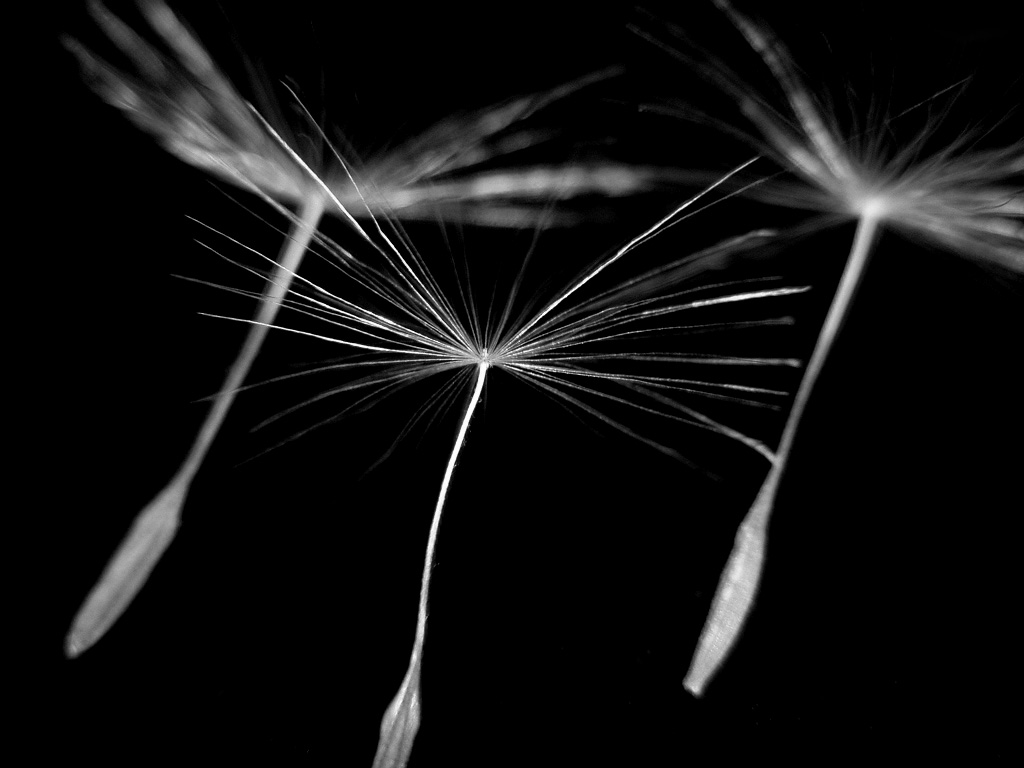 Dandelion seeds are actually one-seeded fruits with the fruit and seed wall fused to each other (as it is in sunflower and in all members of the sunflower family). The top of the fruit develops into a parachute-like structure that helps disperse the seed. It has a stalk 1-2 cm long extending from the top of the fruit. The stalk ends with arms that radiate outwards. The arms have feathery branches emerging from them. Although the structure acts like a parachute by keeping the seed aloft for a longer time than would be the case otherwise, the mechanism of action is very different because the structure does not ‘capture air’ as a parachute does but it allows air to flow through it in such a way that that a vortex of low pressure forms above the dandelion fruit and this is what retards the rate of descent (see link below).

Dandelion is a typical photosynthetic autotroph.  It acquires carbon dioxide from the air and 14 mineral elements from the soil in order to grow.  Energy from the growth process comes from cellular respiration where the plant oxidizes the carbohydrates formed in photosynthesis in order to acquire energy as ATP. 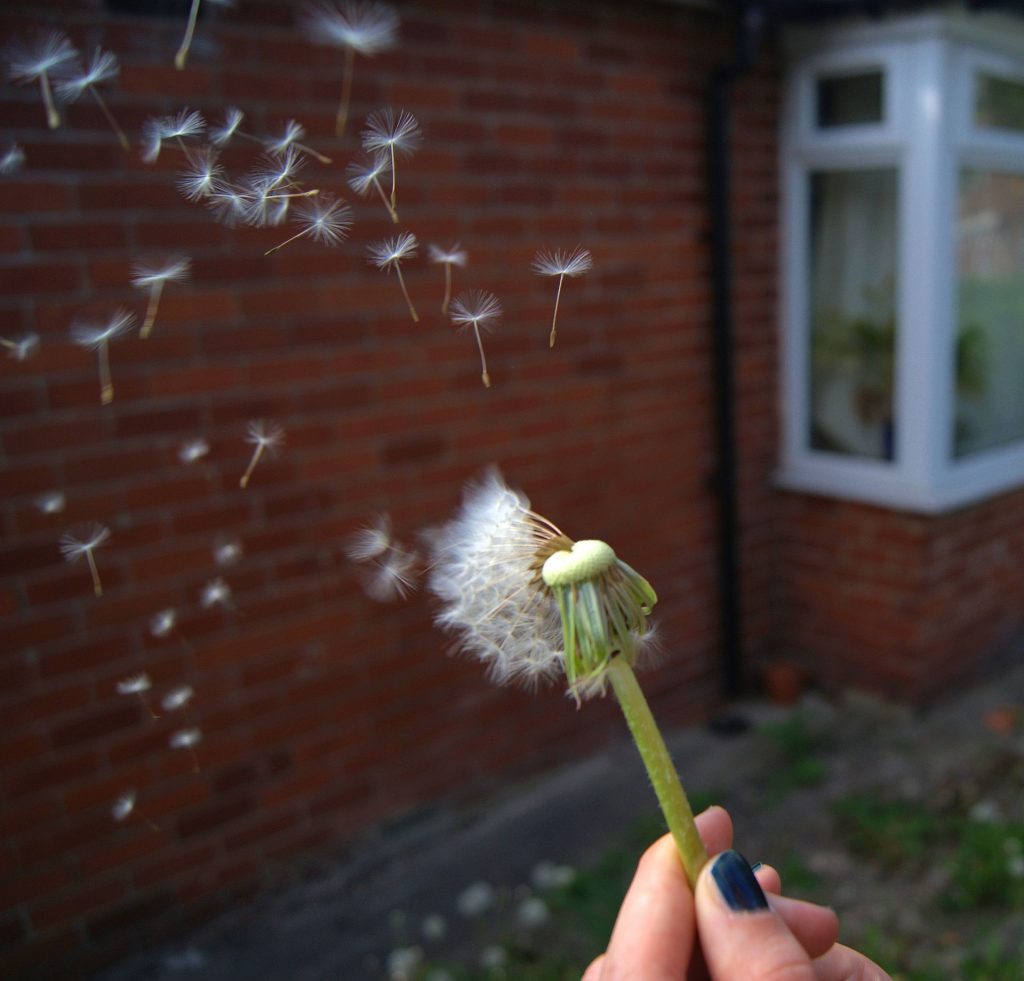 As mentioned above, dandelion interferes with certain human endeavors: gardening, farming, manicured lawns. But dandelion does have some positive interactions with humans — its greens are edible, delicious in fact, if eaten when young. The flowers are not only pretty but are also edible and can also be used to color foods, e.g. dandelion pancakes.

Dandelions can be used to make wine, however the dandelions are only being used as coloring/flavoring agent — the sugars that the yeast ferment must be provided from cane sugar, honey, grape juice, etc.

Dandelions flowers do produce nectar and pollen and these are resources for a number of insects, including honeybees. This would seem to be surprising since the plant does not need pollen or a pollinator bringing pollen, in oder to produce embryos.  However, at least some populations of dandelion apparently need the physical stimulation of flower visitors in order to trigger the apomictic process that results in seed production.