The wood ferns (genus Dryopteris) are a group of over 400 species and are commonly seen throughout temperate areas, especially in forests. Many are planted as ornamental plants and they are commonly used in landscaping and gardens. The group is known for hydridization, polyploidy and subsequent speciation which accounts for the large number of species (see discussion of speciation through polyploidy in Chapter 28).

Wood ferns are members of the Pterophyta, the fern group, which includes ferns, horsetails and wisk ferns. Most observers recognize ten orders within the group, the largest of these is the Polypodiales, which contains roughly 80% of the roughly 12,000 species put in the Pterophyta and is the order that contains the Dryopteridaceae, the family of roughly 1700 species that contains Dryopteris. Among other features that unite the Polypodiales is a sporangium with a band of cells, the annulus, that is interrupted by the stalk that attaches the sporangium to the fern leaf.

Wood ferns have an underground stem (rhizome) from which emerge the leaves. In most of the wood ferns the leaves are produced in clusters that produce an urn-like, circular groups of leaves. Leaves emerge in the spring as fiddleheads, exhibiting what is know as ‘circinate vernation’ i.e. they are coiled and unfurl from the base upwards. The leaves of most wood ferns are dissected 2-4 times. The petiole (stipe) of the leaf generally has large, scale-like outgrowths. Sporangia are produced on the underside of leaves in clusters called ‘fruit dots’. There is a flap of tissue called an indusium that covers the cluster of sporangia.

Like all plants, wood ferns exhibits alternation of generations with a visible sporophyte and hard-to-find bisexual gametophyte that is small, uncommonly seen, and quickly over grown by the sporophyte that grows out from the archegonia. Sperm are flagellated and swim to the egg.

The sporangia of all ferns in the Polypodiales are small stalked structures less than a millimeter tall. 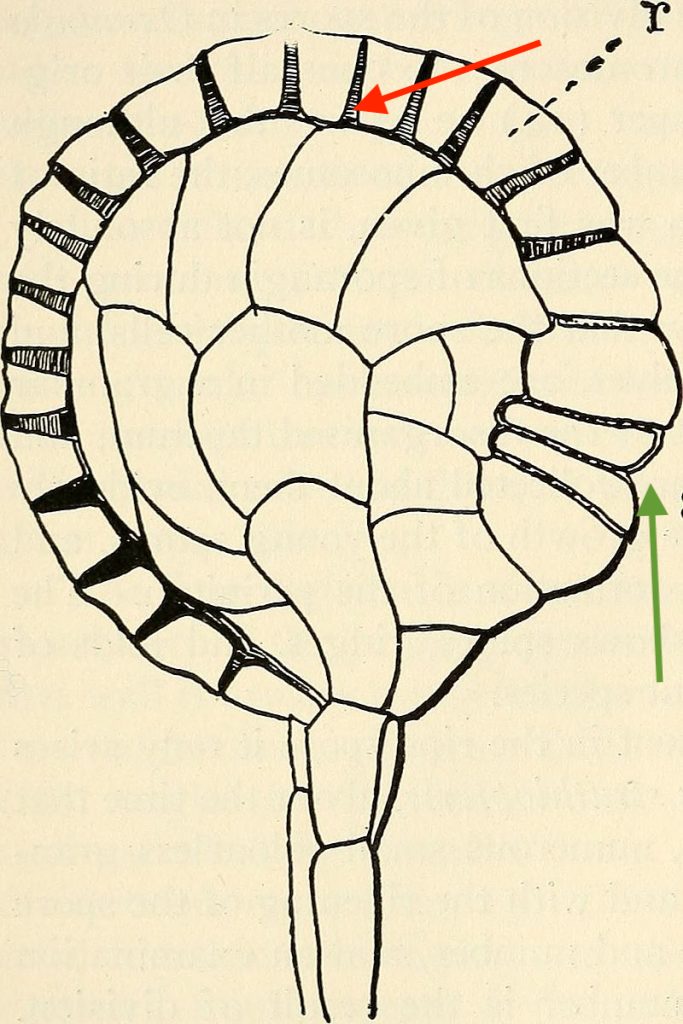 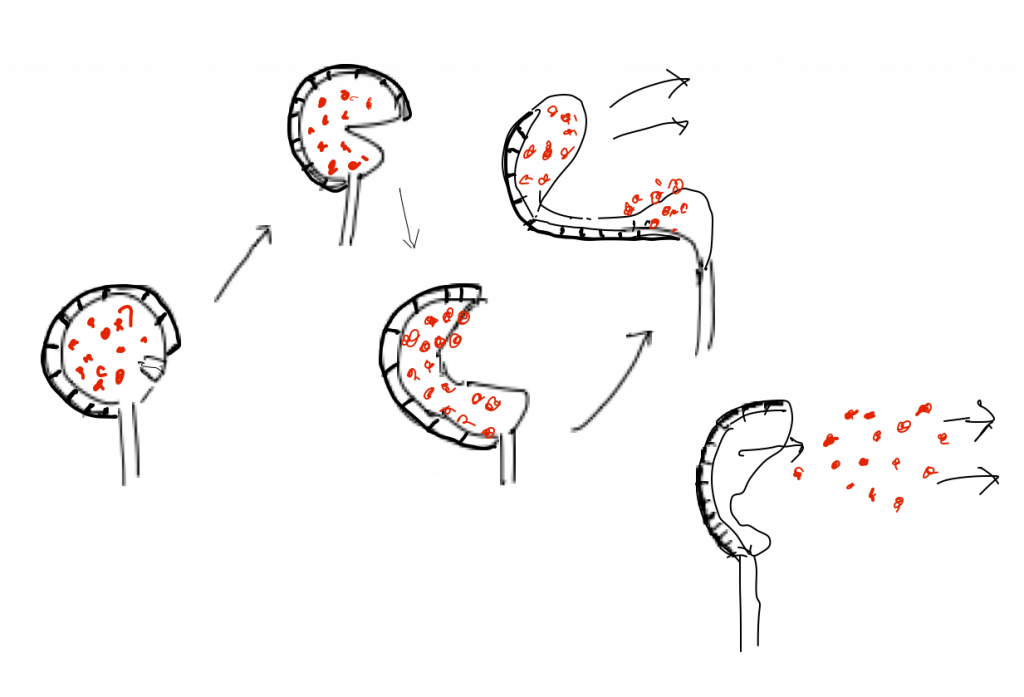 Wood ferns (both the sporophyte and gametophyte) are a typical photoautotroph s, using the energy of sunlight to synthesize carbohydrates from carbon dioxide and then using the carbohydrates as an energy source in cellular respiration and as building materials to synthesize a variety of biomolecules.  In addition to the water and carbon dioxide needed to make carbohydrates, plants require an additional 14 elements, absorbed from the soil where they are present in dilute amounts, requiring the roots to ‘mine’ the soil.

Wood ferns contains a number of toxins and are rarely grazed by mammals but are eaten by some caterpillars. Wood ferns are found throughout the eastern U.S., generally in forested situations.