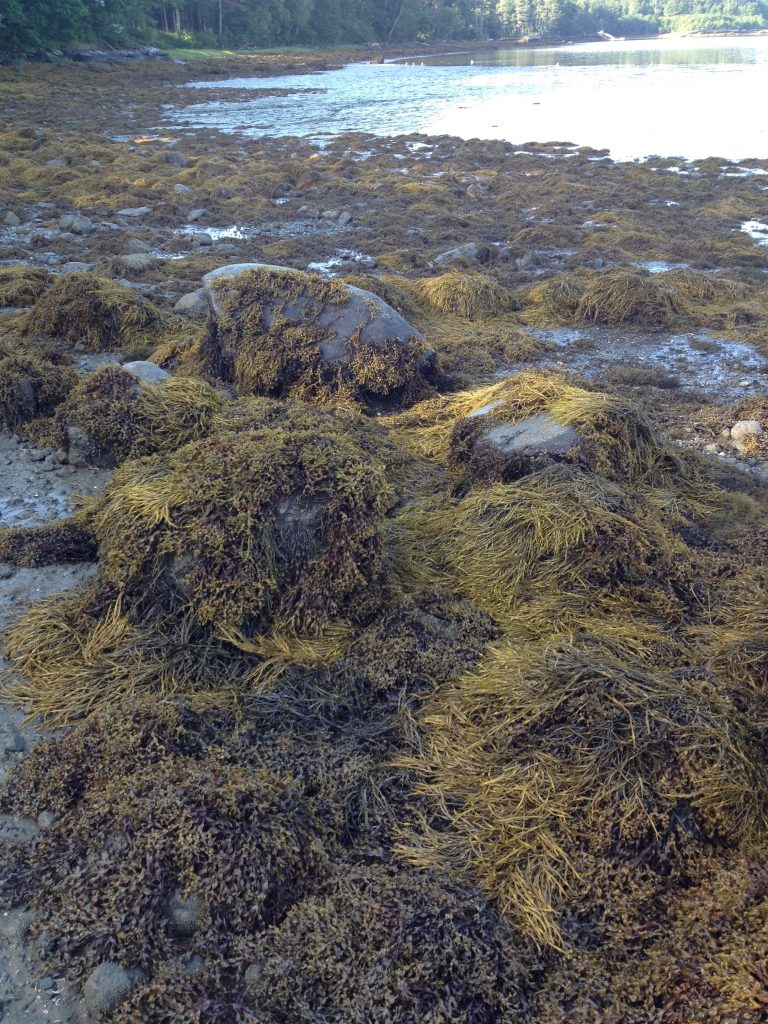 Fucus is representative of an interesting group of organisms that are commonly seen attached to rocks and visible at low tide in the intertidal zone. Most of the organisms called ‘seaweeds’ are brown algae, although some are red algae and a few are green algae. Like most (but not all) brown algae, Fucus is a large, multicellular organism that well-adapted to life in intertidal and shallow coastal waters, most commonly in relatively cool waters.

The brown algae are a small group of eukaryotes who traditionally were placed in their own phylum, the Phaeophyta, sometimes along with two groups of primarily unicellular algae, the golden algae and the yellow-green algae, based on similarities in pigmentation and other factors. Most modern treatments do not elevate this group to the phylum level but combine it with other ‘heterokonts’, a group defined by having two characteristic flagella, one longer than the other. The heterokonts (sometimes called the Stramenopiles) also includes diatoms and the heterotrophic water molds (Oomycota). The pigmentation of photosynthetic stramenopiles is similar to that of the coccolithophores (haptophytes)  and the cryptophytes. This may not represent a common phylogeny but instead that all three groups separately became photosynthetic by acquiring the same photosynthetic endosymbiont. The photosynthetic members of these groups are thought to be produced by secondary endosymbiosis and their chloroplasts have four membranes (see discussion in the article on diatoms). 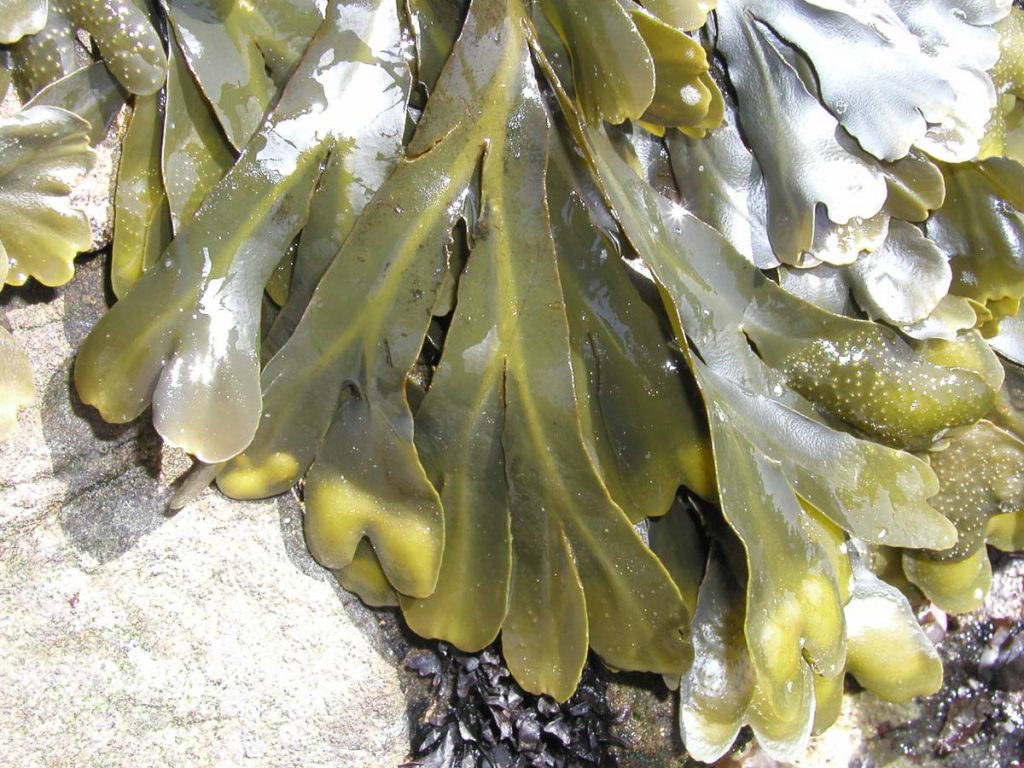 Typical of most brown algae Fucus is truly multicellular, and has three distinct multicellular organs: a holdfast, that attaches the organism to a substrate; flattened, dichotomously branching stems/blades (similar to thalloid liverworts) that carry out photosynthesis; and air bladders, often part of the stems, that carry the blades upward in the water column. Brown algae have transport systems that allow photosynthate from the blade to be distributed throughout the plant.

Fucus is a typical photoautotroph, using the energy of sunlight to synthesize carbohydrates from carbon dioxide and then using the carbohydrates as an energy source in cellular respiration and as building materials to synthesize a variety of biomolecules. The brown algae produce a distinct form of a carbohydrate storage polysaccharide called laminaran, made up of glucose units connected by a beta 1-3 linkage, rather than the alpha, 1-4 linkage found in starch. They also have high concentrations of mannitol which serves as a transport carbohydrate, a role occupied by sucrose in most plants.

Fucus is is especially important in the intertidal zone, providing food for a number of organisms and habitats for others.