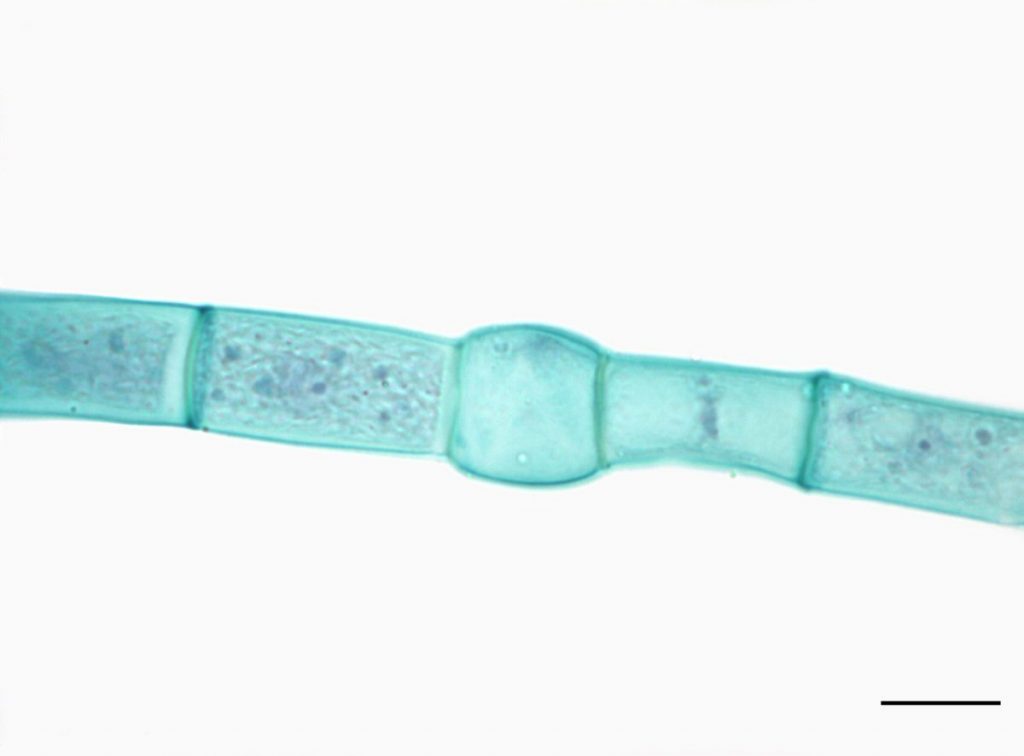 The green algae (= Chlorophyta) are a group of eukaryotes that have some characteristics in common with plants (they are photosynthetic, possess both chlorophyll a and b,  generally store carbohydrate as starch and have cellulose cell walls). But they also differ from plants in several ways: almost all are not multicellular, being either unicellular, siphonaceous or filamentous; they do not retain embryos inside the previous generation as all plants do; few grow on land as almost all plants do.  Because land plants are thought to have originated from ancestral ‘green-algal like organisms’ separating green algae and plants in separate kingdoms, as is done in the ‘five-Kingdom’ classification, with a Protist Kingdom that includes green algae and a separate Plant Kingdom, is very artificial. One remedy is to put green algae in the plant kingdom and some observers do this. Another alternative is to simply throw out the Kingdom level of taxonomy and this is what many modern treatments do. If this were done then one might split the green algae into two phyla, one that includes land plants (Streptophyta) and one that doesn’t (Chlorophyta), which would include Oedogonium.

Oedogonium forms elongate filaments of cells, most of which are non-flagellated, cylindrical and have a cell wall that contains both cellulose and chitin. These cells are vegetative, i.e. are not associated with reproduction but only associated with photosynthesis and growth of the filament. Several additional cell types are produced that bring about reproduction and sex:

Oedogonium reproduces asexually via mobile zoospores and sexually via sperm, oogonia and zygospores. Sperm are released from parental cells and are chemo-attracted to the oogonia that house an egg. A pore in the oogonium cell wall allows the sperm to enter the oogonium and fertilize the egg. Fertilization occurs and the oogonium develops a thick wall, forming a structure called a zygospore. Eventually the cell inside the zygospore undergo meiosis and haploid daughter cells are released as mobile zoospores, which, like the zoospores produced asexually, swim to a substrate and attach themselves and elongate into filaments. 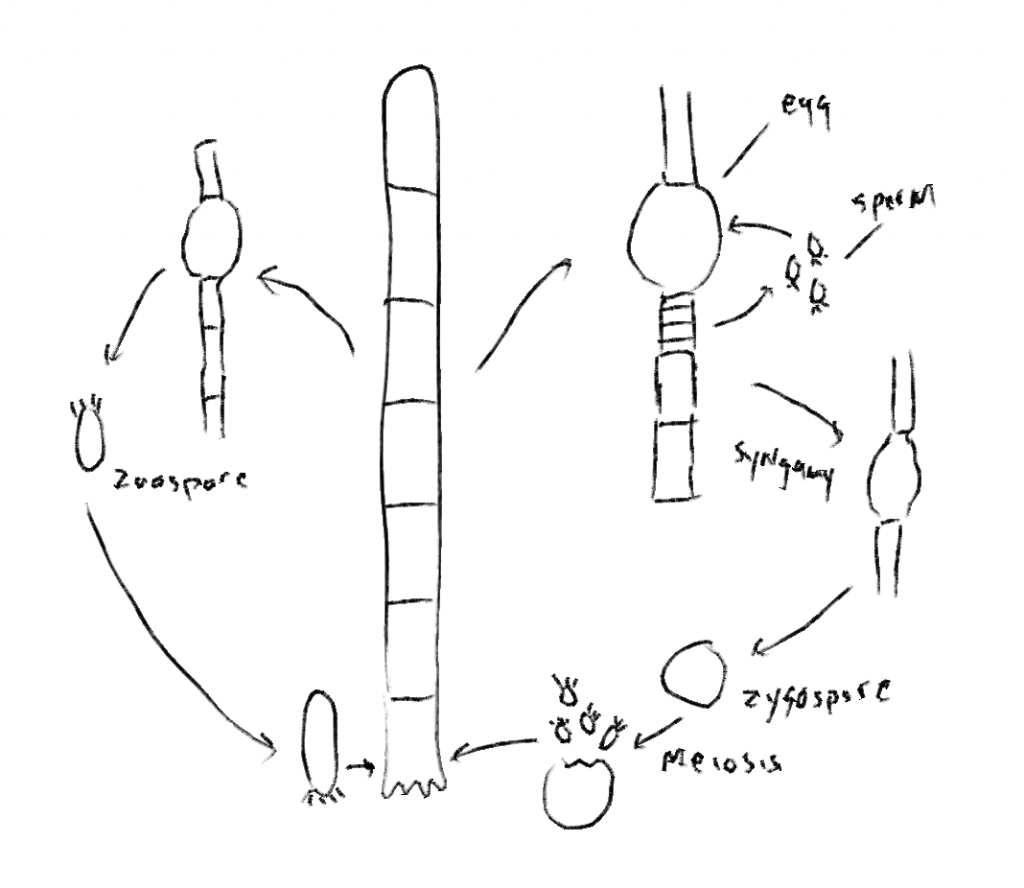 Oedogonium is common in in fresh water habitats. It is eaten by a variety of herbivores including fish, mollusks and other invertebrates.