Domestic violence occurs all over the world. Violence perpetrated by husbands against their wives is a widespread problem in Vietnamese society, despite the approval in 2007 of the first law to overtly make domestic violence illegal. The only survey conducted on a national level in Vietnam, from 2009 to 2010, found that 58 percent of the women interviewed who had ever been married reported experiencing at least one form of domestic violence perpetrated by their husband in their lifetime (including physical, sexual, or emotional violence), and 27 percent had experienced domestic violence during the previous twelve months (GSO, UN-JPGE, and WHO 2010, 21). Anthropologists have been contributing to our understanding of domestic violence cross-culturally through their ethnographic research and their work to develop measures to end violence toward women. This profile explores the contradictions and complexities that can emerge as global values and structures addressing gender violence are translated at the local level into specific societies by examining a Hanoi shelter for women experiencing domestic violence that was originally based on a European model of shelters. (I will refer to this shelter using a pseudonym, “Vietnam Women’s Shelter,” to protect the identities of the participants in my research study.) As part of contemporary globalization processes involving the circulation of gender ideologies, funding, and professional expertise among diverse societies, Western governments and Western-supported international organizations have introduced to Vietnamese society gender discourses and institutional frameworks that provide a new value regime. These Western ideas include condemning gender violence, novel modes of assistance for women experiencing domestic violence, and innovative approaches to preventing domestic and other forms of gender violence. Some Vietnamese government personnel have reinterpreted elements of Western orientations to gender violence to more closely support cultural and political values of the Vietnamese state and the local sociocultural systems within which abused women’s lives are embedded.

In the mid-1980s, the ruling Communist Party implemented a set of economic policy reforms, referred to as “renovation,” or doi moi policies, which instituted a socialist-oriented market economy. Social reforms also emerged, including the expansion of international and local nongovernmental organizations. These reforms included Vietnam’s greater engagement with international organizations, such as the UN, and global social movements to end violence toward women. While the Vietnamese government has promoted gender equality since the 1940s, domestic violence has persisted. Some of the sources of husbands’ abuse of their wives are patriarchal ideologies and patrilineal kinship that have been, in part, influenced by Confucianism, which penetrated Vietnamese culture as early as the period of Chinese colonization, beginning in 111 BCE. With recent renovation policies, and an associated renewal of the household economy, traditional family and gender ideologies have been reemphasized by the Vietnamese government and society, while gender equality is simultaneously reinforced through new laws and practices. Western discourses introduced by international organizations, particularly since the 1990s, asserting women’s right to be free of gender discrimination and violence (including within the home), conflict with recently revitalized traditional Confucian values that promote, in part through government-sponsored programs, women’s responsibilities to ensure their families’ happiness, including their duty to meet their husbands’ needs. Vietnamese women who are abused by their husbands negotiate these two value systems as they seek assistance in ending their husbands’ violence.

Vietnam Women’s Shelter is one of only approximately four shelters in the country that have characteristics similar to Western shelters. It began as a project sponsored by the Spanish government’s Spanish Agency for International Development Co-operation (AECID) and was implemented in 2007 in conjunction with the Vietnam Women’s Union’s Center for Women and Development (CWD). The Vietnam Women’s Union is a national mass organization largely financially supported by the ruling Communist Party, making the shelter a government-funded institution. This type of shelter constituted a new approach to domestic violence in Vietnam, involving housing abused women and their children for up to three months, or longer if needed. It provides services at no cost to the women, including safe accommodation, employment orientation, vocational training, legal assistance, psychological counseling, health care, education, and other services (Kwiatkowski 2011). Shelter residents can also continue to receive follow-up support for up to two years. The counselors of the Women’s Union CWD also work with abusive husbands. Most current and former Vietnam Women’s Shelter residents I interviewed found the assistance they received at the shelter to be integral to their emotional, social, and economic survival and their ability to address the domestic violence.

While the services of Vietnam Women’s Shelter were highly beneficial to many shelter residents, the shelter personnel and abused women also faced difficulties. Although abused women accessing the shelter’s services praised the help they received, many also found contradictory orientations to their situation of violence from state personnel in their local communities, including local leaders of the Women’s Union. The center personnel strongly prioritized the safety of the abused women and their children, advocating ideas such as women’s potential autonomy from their abusive husbands. Conforming to the strong cultural value placed on women’s integration within their families and communities, ensuring protection and support for an abused woman who would like to return to their communities, and carrying out formal government procedures for addressing domestic violence (such as reporting domestic violence to the nearest police station in the women’s community, the government commune People’s Committee, or the community’s leaders), the shelter also contacts local government authorities from an abused woman’s community and her family, with the woman’s permission, and, in some cases, develops a plan with the woman to reintegrate into her community. This is mandated, according to a counselor working with Vietnam Women’s Shelter and the CWD because this shelter “belongs to the [government supported ] Central Committee of the Vietnam Women’s Union. . . . We have to work with the local authorities.” The counselor further stated that “our solution is very different from those of shelters in foreign countries. [This is a shelter that] has to work with the community authorities, other relevant [government] agencies, the [abused woman’s] family, and the abuser. Then, this is a good opportunity to communicate with them. In order to solve a case [of domestic violence], we need to change the knowledge and understanding of the whole community, the people around [the abused woman]. It is a circle, starting with the individual [abused woman], then interacting with the family, and then the community. As a result, their awareness of domestic violence will be changed. Communication about domestic violence prevention and the domestic violence law is then based on this case.”

Abused women found that the local state personnel’s views and practices were, however, often antithetical to Vietnam Women’s Shelter’s priorities. For example, drawing on traditional gender and family ideologies and state laws, some police officers protected abusive husbands from punishment rather than ensuring the safety of the abused women; some abused women encountered corruption in the judicial system; some Women’s Union leaders encouraged its members, during local level meetings of the Women’s Union, to meet their husbands’ needs; and some government officials, who are only minimally educated about gender violence, blamed women for the violence from their husbands and pressured them to return to their families through government required reconciliation processes. A counselor working with the shelter said, “The commune [level] Women’s Union prioritizes reconciliation. . . . It is very common that when the victim returns to her commune [with shelter personnel] to work with relevant [state] agencies, they will judge her behavior rather than focus on handling the husband’s violent behavior. . . . And the abuser once again thinks that he has done nothing wrong, that it is her fault. Therefore, they don’t change their behavior because they haven’t done anything wrong.” She continued, “[In one case of a woman who had experienced domestic violence], we had a meeting at the [commune level government] People’s Committee. All the related people sat together. There were many people from her husband’s family, and they blamed her for having many faults, such as not being clever, being dirty, and having other faults. Then they asked us, ‘Why do you support a case like this? The next time, you should learn a lesson from your experience; you shouldn’t support such a woman.’. . . Participants [of the meeting] were the [shelter personnel], a woman from the [government] Family Department, the Women’s Union, the police. They criticized us for helping her.” If abused women were not already situated at Vietnam Women’s Shelter, which has limited capacity, there was no (or very little) long-term protection provided by local state personnel to abused women.

The multiple, contradictory Women’s Union and other Vietnamese government discourses about domestic violence depict social and cultural change that is occurring as global ideologies of gender violence are introduced into Vietnamese society and as the government shifts its economic orientation. Having been initially introduced and financially supported by the Spanish government’s international development agency, AECID, the Vietnam Women’s Shelter provides an example of how globalization processes circulate Western professional expertise, new values (including gender, marital, and family values), and innovative social approaches and infrastructures to assist marginalized women. While often helpful to abused women, as Western approaches to gender violence are implemented in Vietnamese society, Vietnamese people interpret them in culturally meaningful ways that sometimes conflict with Western cultural views of gender relations, marriage, and family. Women’s Union and other Vietnamese government discourses about domestic violence also demonstrate the multilayered state approaches to domestic violence that are being negotiated by state actors. Demonstrations of the value of shelters of this type through anthropological research and advocacy, specifically the shelter personnel’s approach to domestic violence that prioritizes the safety and needs of the women (and of the complexities Vietnam Women’s Shelter personnel face) can contribute to making access to support and protection a reality for abused women in need.

I would like to express my deepest gratitude to the brave women who have experienced domestic violence and the strong individuals I interviewed in Vietnam who provide aid and protection to them. I owe special thanks to Dr. Nguyen Thi Hoai Duc, Dr. Nguyen Van Suu, and Dr. Nguyen Huong for providing me affiliation with their institutions and tremendous help to me in my research. I would also like to thank Le An Ni for her tireless efforts and dedication to assisting me in my research. Members of the Vietnam Women’s Union generously offered significant time, information, and insights into shelter and other approaches to assisting abused women for which I am grateful. Without the assistance of all of these individuals, this research would not have been possible. A special thanks to Nadine Fernandez and Katie Nelson for their guidance on this profile and for all their efforts in making this open-access book on gender a reality. 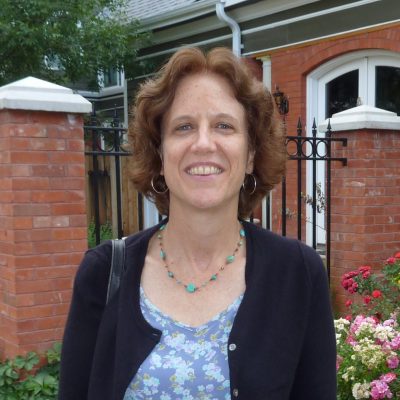 Lynn Kwiatkowski is a professor of cultural anthropology at Colorado State University. Her research interests include gender violence, medical anthropology, global health, critical studies of development, and hunger in Vietnam and the Philippines. Her current research focuses on gender violence and the social and cultural influences on such violence, its impacts on health and well-being, and the effects of global movements against violence toward women in local communities in northern Vietnam. She has also had a special focus on investigating marital sexual violence in these communities, analyzing its particular sociocultural influences and impacts and the cultural interpretations of this form of domestic violence. She is the author of Struggling with Development: The Politics of Hunger and Gender in the Philippines (1998), which is based on her research in Ifugao Province, the Philippines. Dr. Kwiatkowski has served as secretary and executive board member of the Association for Feminist Anthropology (AFA) (2011–2014).

Gendered Lives by Lynn Kwiatkowski is licensed under a Creative Commons Attribution 4.0 International License, except where otherwise noted.